We're Getting Mutants in the MCU - The Loop

There are a number of different Events that take place in StarrFantasy. There are hourly Sieges during streams, mini-events in stream chat, and finally day or week long events in-game. No matter the source, they all grant the player opportunities for excellent and sometimes very rare rewards!

N.B.: Just because you participated in a previous Siege and have some Fame, does not mean you are entered into the next Siege; you must either invest each time, or keep a close eye on Twitch chat when the countdown ends and participate when prompted.

During AuroraStarr streams, Siege events occur every hour, or whenever a moderator triggers them. To participate, players must either invest at leats 2500 Starrs, or type '!defend' or 'roraDEF' (without quotes) in the Twitch chat when prompted, for each individual Siege. Participating will earn you significant EXP in your equipped equipment and reward you with loot of your current Tier. The amount and rarity of both equipment and loot will depend on the Tier of Siege (Common, Superior, Rare, Epic, and Legendary), and your reputation this stream, or Fame.

Fame is a per-stream value; just because you are one of the "Top Heroes" one stream does not affect the next. Each investment of 2500 Starrs will increase your Fame by +1, and at the conclusion of a participated Siege, you will be rewarded with +100 Fame, and likely less Starrs than you invested (especially on lower tier Sieges).

As such, investing more than 2500 Starrs is inadvisable especially for newer players, especially so that you still have enough Starrs to invest in the next few Sieges (and to ensure that you can invest in any short-lived Legendary Sieges any moderators might trigger - for example if a Legendary Siege is claimed from the Loot Box, or of course keep a close eye on the Twitch chat).

However, if you decide you have so many Starrs and you don't know what to do with them, you can invest any amount any number of times in the same Siege to increase your Fame without having to complete any Quests (see below).

Whoever has the highest Fame when the Siege starts is the Siege commander, and can use Twitch chat as detailed once it starts to assist in the Siege. (See below for an example.)

A Siege appears on the map. If you have sufficient Starrs, you can invest to participate automatically. If you invest, you will receive the following message in Local/General:

When the Siege timer ends, and is about to start, the Siege will disappear from the map, and you can no longer invest. The following message will appear in the Twitch chat:

If you did not invest in the defence of Starr Village, to participate you must now type in the Twitch chat before the Siege starts. If you use this method, or reopen Starr Fantasy after you've invested, you will receive the following message in Local/General:

When the Siege starts, the following message in the Twitch chat is sent:

If you selected as the Siege Commander, you can use the Twitch chat to assist in the defence of Starr Village with the above commands. Once the siege is over, the following message will appear in the Twitch chat;

and the following message will appear in Local/General:

Should the Siege be cancelled, you will be refunded any invested Starrs, and receive the following message in Local/General:

As for all events, the rewards for Sieges are scaled to the players tier. All players will receive Starrs and EXP upon completion of the successful Siege. Most (but sometimes not all) players will receive random items, sometimes including accessories as well, varying from tiers 1 to 6 and Common to Epic rarity, dictated by the rarity of the Siege itself. This can be a very effective way of both levelling and gaining new gear.

Mini-events are short lived events that occur at pseudo-random intervals in AuroraStarr's stream chat. They vary in theme but all require a command to be typed into the chat and then StarrFantasy rolls to see who of the entrants wins.

Rewards are scaled to player tier and will include Starrs, EXP, Aurorite and a number of consumable items such as teleport scroll, potions or bandages

The full list of Mini-Events can be found here

On occasion, there are longer form events in-game. These are always announced via the News Panel that will pop-up upon login. These take a wide variety of forms. Often involving increased EXP or Starrs rewards for defeating monsters or completing quests. There are also sometimes new or temporary monsters introduced for the purpose of the event. 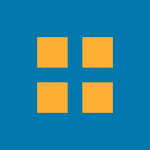